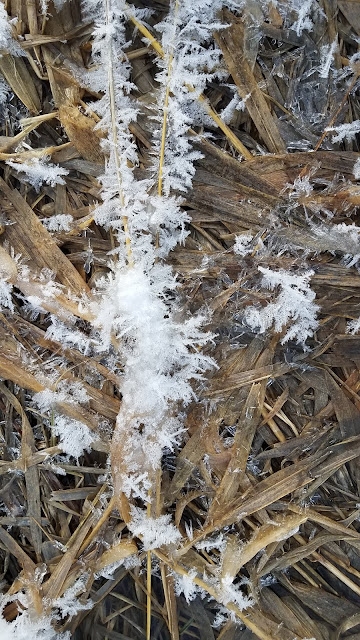 I am so excited to be linking up with some of my favorite memes - jolly, even.  What better way to celebrate the end of the first month of 2019?  Let's take a look at some of the highlights!


CRYSTALS: You only have to stick your nose out the door to find a winter wonderland here. 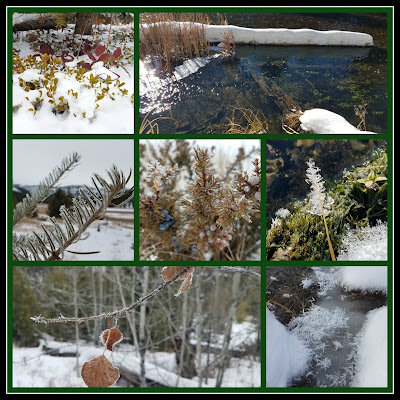 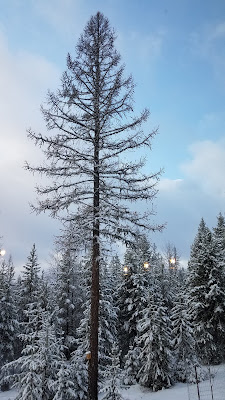 Or you can just look through the window. 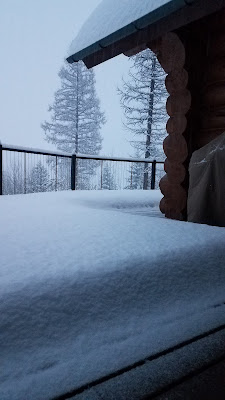 It's been a light year for snow, but when it arrives, you know about it.  One night, in less than 9 hours, a foot of snow. 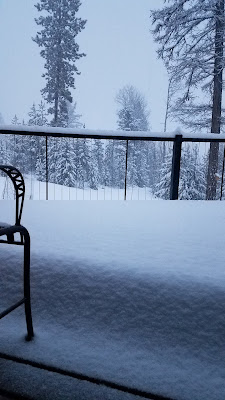 This ski season, Spousal Unit and I landed roles as Ambassadors at the Whitefish Mountain Resort.  We are blessed to have this view from our 'office.'  Yep, we are in a deep love affair with winter!

COMFORT FOOD:  Do you remember those Campbell's commercials in which the little boy/snowman comes in and melts as he slurps up tomato soup?  In winter, that's what comfort food is all about - a veritable tantalizing aroma that wafts out the door and beckons you home.

I have continued my once-a-week cooking regimen (almost), and two of the three are keepers.

We constructed Meatball Bombs in the midst of the playoff games, so I did not make the time for any pictures.  I borrowed this shot from the Internet, 'cause these are SOOOO good and easy-peasy to make!  (And destined to be a kid favorite with the word 'bomb' in the name) 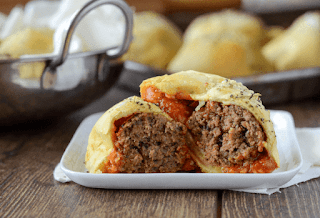 And - drum roll - my favorite of the three - a recipe I found on Pinterest under the label Taco Pasta.  Since it reminded me of my Mom's goulash with a bit more heat, we have re-named it Mexican Goulash.  It only took one pan and 30 minutes to make - give it a try! 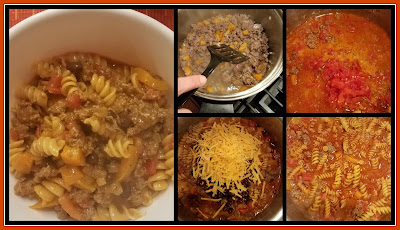 CATS: even our furbabies have adapted to the crisp temperatures (and they have fur!)

Of course, there's no place like a lap or the couch near a human …

This month, we had a health scare with Josie, the younger of our two furbabies at the ripe old age of 15.  She has been urinating outside the litter box (sorry to be graphic, folks), mainly on our new wood floors.  Suspecting a urinary tract infection, off to the vet we went.  Long story short, she has a stone in her bladder that would cost $800 to surgically remove.  Gulp.  Hard to justify at her age, especially with no guarantee that it would solve the problem.  But we also cannot afford to have our floors ruined - what to do? 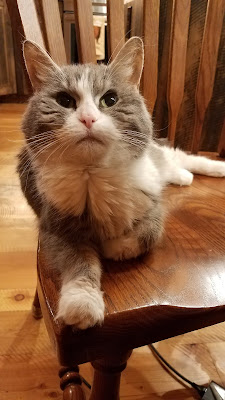 We opted for some behavioral solutions … and they appear to be working.  One: I am cleaning both litter boxes more frequently during the day.  Two: when I see her use the litter box, I give her a treat and lots of affection.  Three: we put some liquid-proof pads on the spots she had been frequenting, and she has not repeated there or moved to other locations.  My heart is glad - the prospect of the unspeakable had me crying my eyes out!  Wouldn't you, looking at this adorable face?


CRITTERS: Outdoor animals seem to be thriving despite the depth of the snow.  My trail cams may capture different creatures than in the summer, but wildlife is still abundant!
Do you prefer video?  The other day, I was minding my own business, gazing out the window at the falling snow when a Flicker landed on the logs and started eating flies who had died in the effort to gain entry.

While snowshoeing, an American Dipper kept me entertained with his bobbing and swimming.  Never mind that the stream water must be near freezing!

On that same outing, I took a picture of the lake and realized I had deer in the frame.  Here they are crossing the frozen lake …

CAMEOS: Some of my December pix deserve a cameo appearance in the post.  Just too good to let them pass us by.

This mural is in downtown Cincinnati, on the side of a parking garage.  I have since learned it is called the Singing Mural.  Designed by nationally renowned artist and Cincinnati resident C. F. Payne, the mural is a tribute to the Queen City's vibrant arts community. 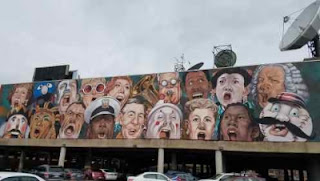 Did you or a family member have an Erector set as a child?  During our visit to Union Terminal, I was delighted to see this display.  We had an Erector set, and I can still remember little fingers attaching metal beams with nuts and bolts.  Endless hours of fun constructing and dis-assembling - long before video games or cell phones!!! 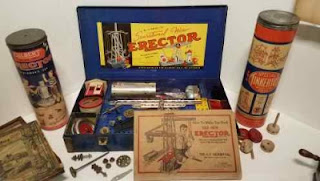 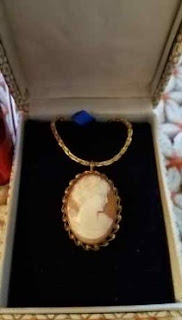 If you read my January 19 post, you know about my Mom's 90th birthday.  What you don't know is that our family home was burgled some 20 years ago (before she moved to her current cottage), and one of the items stolen was the cameo from my father that she chose to wear on her wedding day.  Coming full circle, my oldest sister gave her a very similar cameo at the birthday celebration - just a few tears that day, happy tears.

What made you jolly in January? 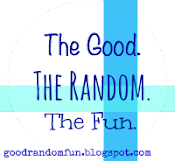