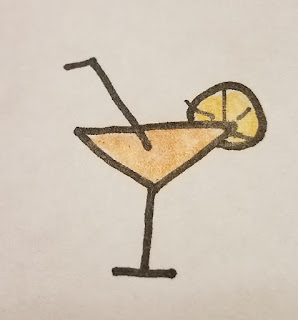 It's Wednesday night, and I am nursing a Cosmopolitan while the radio plays popular music.  Spousal Unit is downstairs, reviewing Game of Thrones episodes in advance of the Season 8 premiere this week.  A perfect time to pen my next post.

My options are legion, but I lean toward March's lingering photos, and perhaps a re-cap of my 2019 resolutions.  Or I could do both!  Don't you like to get two for the price of one? 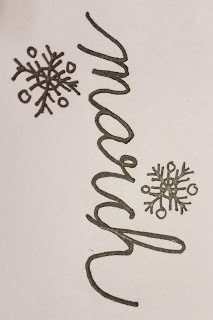 You're right, I did write about some of my resolutions in my March 14 post ... but don't worry, dear reader, this is new material.  Are you sitting comfortably?  Then let's begin.

And already I have writer's block.  I would like to share my efforts in the area of "true charity".  As you may recall (or not) I am committed to working on this virtue throughout the year as a result of an event I attended in January.  So why the hesitation?  Well, is it charity if you blow your own horn?  I think I can convince myself that it's not self-serving, but in fact might inspire someone out there in blogland.  OK.  Here goes.

Once a week, I assist several fifth-grade students with math.  This came about through one of my neighbors, a teacher in the school.  I told her about this calling to true charity, and she described a long list of students at her school that could use help.  I was ready to jump in. 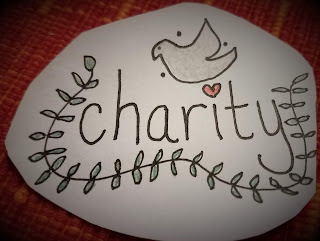 Reading our Church bulletin one weekend, my eye was drawn to a paragraph about Sparrow's Nest, a homeless shelter dedicated to ensuring safe supportive housing and resources for unaccompanied homeless high school students in the Flathead Valley.  I contacted them and my support thus far has included writing thank you notes and organizing donations. 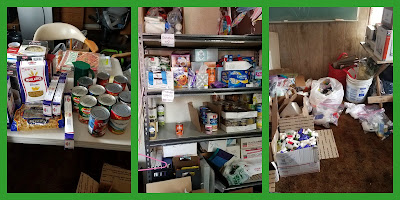 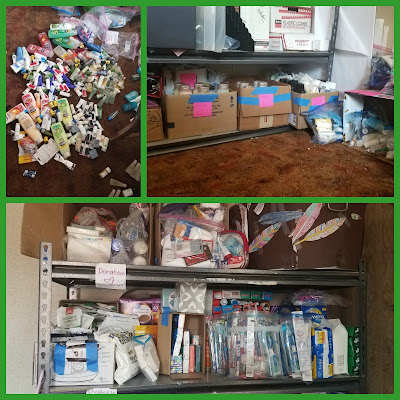 Environmental issues are critical to me.  Last year, I collected signatures for an initiative to expand alternative energy sources in Montana, but we did not garner enough support to place the initiative on the November ballot.  I am still deeply interested in these issues, but I am casting about for the best way to have an impact.  During March, I attended the kick-off presentation for the Montana Lakes Conference, held in Whitefish.  I think we can all find an action to implement from this list.  You may ask, what does this have to do with true charity?  Well, don't we all want to leave the planet in better shape for our children and grandchildren? 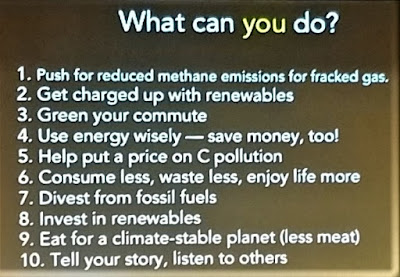 On a smaller scale, I think sometimes the people in our very neighborhood may need support.  I don't know why my friends come to Munch and Make, but part of me sees it as a community service.  Is that a stretch? 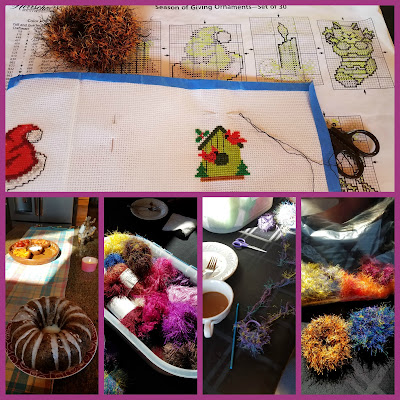 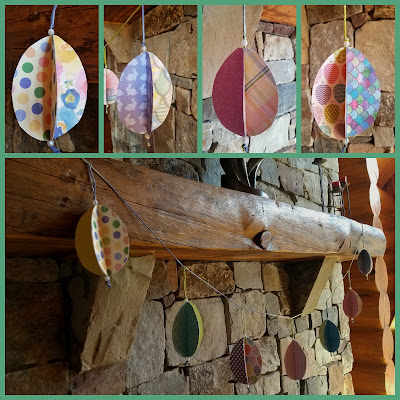 OK, I am feeling pretty good about that goal.  What about one that's not going so well?  Drinking 64 ounces of liquid a day.  Keeping in mind that alcohol and coffee do not count, I have managed to achieve this approximately 15% of the time.  I just like coffee too much!  It probably doesn't help that I asked Spousal Unit to buy me a Pour-over Coffee Brewer so that I can make just one cup of coffee at a time, particularly in the afternoon.  Otherwise, I would be reluctant to turn on Mr. Coffee for just one or two cups! 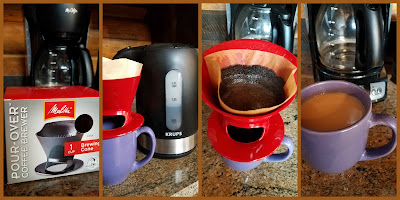 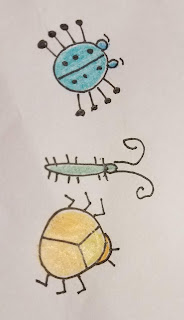 Let's keep on with "not going well."  Archiving my blog.  I conducted a web search and found a process for saving my blog content and theme.  Of course, this does not create a document that you can view, but you can use the resulting XML file with Blogbooker to fashion a book.  I say fashion because the initial output I saw was low resolution and poor formatting.  A fellow blogger recommended Blog2Print.  My investigation revealed that you can order a book from the site (expensive at $34 for 20 pages) or create a pdf for only $9.95 (up to 60 pages).  As a trial, I created a pdf and was disappointed with formatting that does not reflect the actual look of my blog, such as captions that are out of place, and it lacks the border elements of my blog.  To be fair, I have not had a chance to follow up with the company about this.  That's my next step.  In the meantime, I am hoping against hope that the bugs in the machine don't decide to nibble away at my blog anytime soon.

OK, let's wrench this out of the gloom.  I am faithful to my daily reflection using Streams in the Desert by Mrs. Charles E. Cowman.  Here is a poem from February 12 that struck a chord. 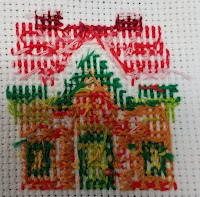 No chance hath brought this ill to me;
'Tis God's own hand, so let it be,
He seeth what I cannot see.
There is a need-be for each pain,
And He one day will make it plain
That earthly loss is heavenly gain. 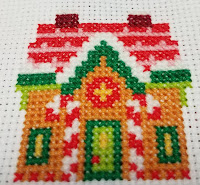 Like as a piece of tapestry
Viewed from the back appears to be
Naught but threads tangled hopelessly;
But in the front a picture fair
Rewards the worker for his care,
Proving his skill and patience rare.
Thou art the Workman, I the frame.
Lord, for the glory of Thy Name,
Perfect Thine image on the same.

Practice piano for 30 minutes every third day.  My track record on this one is fairly solid, and I have improved enough to play a song or two for my Mom during a Skype call, per her request.  I also received a call from our Piano Man, Daryl.  He investigated our piano and learned that it was manufactured in 1909.  Sounds pretty good for 110 years old, doesn't it?

Continuing on an upbeat note (pun intended, LOL!)  Sit in a different spot every day.  I am hitting this about 50% of the time, but this will be easier now that it's staying light longer.  (Quite often, by the time I get "around to" sitting, it's gotten dark and there's not much to see.  I probably need to move past the idea that it's about "seeing", and I could also make more of an effort to park myself somewhere else earlier in the day.) 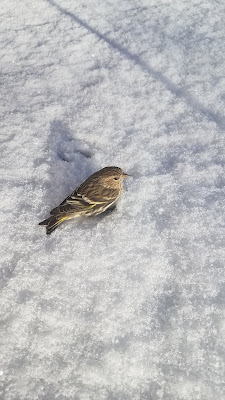 Regardless of my location, I try to be more observant, such as when a bird strikes our windows, necessitating a rescue.  This pine siskin recovered quickly, but many of the birds end up on their backs.  Almost always, if we turn them over and put them in a sunny spot, they survive.  A neighbor of mine told me this may be because birds' lungs collapse easily when the bird is on its back.  By flipping them over, we prevent this from occurring.
Being in the moment allowed me to notice that the bluebirds had returned in search of nesting sites.  This occurred sooner in the month than we expected, requiring a quick fix to our bird boxes that had been gnawed by squirrels last spring.  Thanks to the birder who suggested adding the metal washer - we have seen some ongoing interest, but no nest-building yet. 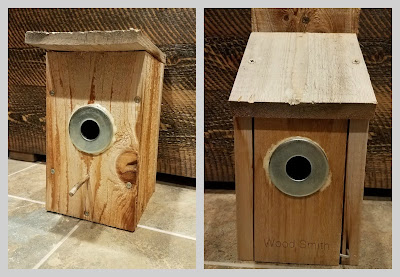 What is your most satisfying accomplishment thus far in 2019?  Can you "Be the Tapestry?"


Willy Nilly Friday
Posted by Angie at 10:02 AM