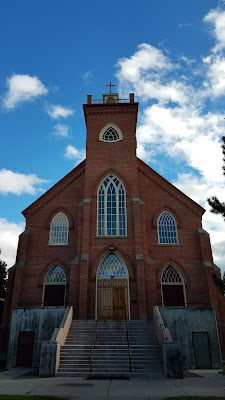 By the time you read this post, I will have been in Santa Fe, New Mexico for at least 24 hours.  As I was deciding on a blog post topic for this week, I came across the brochure for St. Ignatius Mission.  No, it's not in New Mexico - it's in Montana!  Spousal Unit and I visited the Mission in November 2017, six months after our move to the Treasure State.  What better way to get into the mood for the Southwest than to re-visit the Mission, virtually?  Vamanos!

The Mission, and the town that grew up around it, was founded in 1854 by Jesuit missionaries and named for their founder, St. Ignatius Loyola.  In the following years it was the home of the first Jesuit theologate and industrial arts school in the Northwest, the first Catholic Sisters and Catholic School in Montana, and the first hospital, sawmill, flour mill, printing press, carpenter shop and blacksmith shop in the Mission Valley. 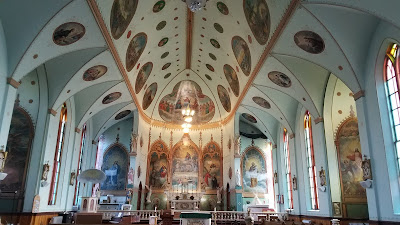 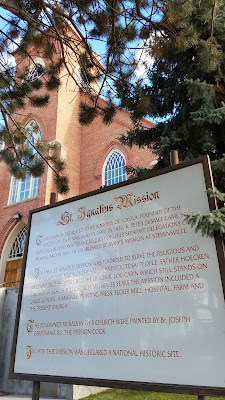 Today, there remains only the Mission church, built in 1891 and now a National Historic Site, and two small cabins, the original homes of the Jesuit Fathers and the Providence Sisters.

The history of the Mission started long before its founding in 1854.  Beginning in the spring of 1831 and ending in 1839, no less than four Indian delegations travelled to St. Louis, Missouri or Council Bluffs, Iowa to secure missionaries for their people.  They encountered many challenges such as other hostile Indian tribes or language barriers, but they persevered. 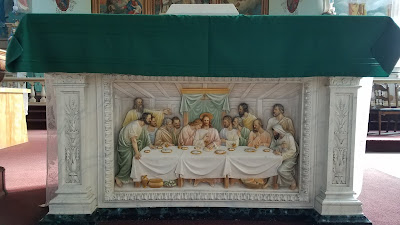 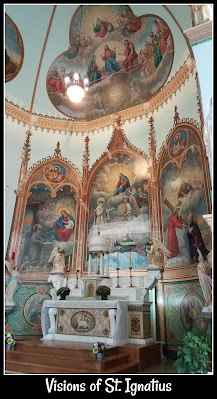 In 1864, a wooden church, measuring one hundred by forty feet, with a belfry one hundred feet high, was constructed from materials furnished by the town sawmill.  This church served the Mission until the building of the present church began in 1891.  Over a two-year period, the missionaries and the Indian people together built the church of bricks made from local clay and trees cut in the foothills and sawed at the Mission mill. 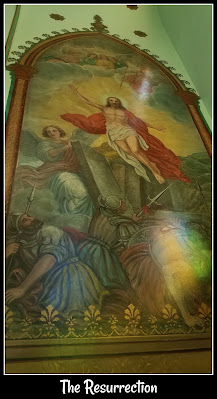 The "golden age" of the Mission occurred between the years of 1875 and 1900.  During this time a printing press was established, which produced such works as Narratives from the Holy Scripture in Kalispel and a Kalispel Dictionary, considered by one authority as "one of the most important works issued by any missionary press."   The schools continued to grow. 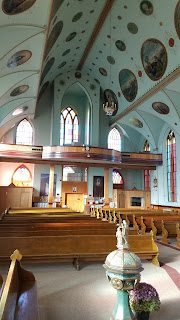 The interior of the church contains 58 murals, painted in the early twentieth century.  The artist was Brother Joseph Carignano (1853 - 1919), an Italian Jesuit who spent many years as the cook and handyman at the Mission.  With no professional training in art, but a great amount of energy and dedication, he completed his work in between his regular jobs. 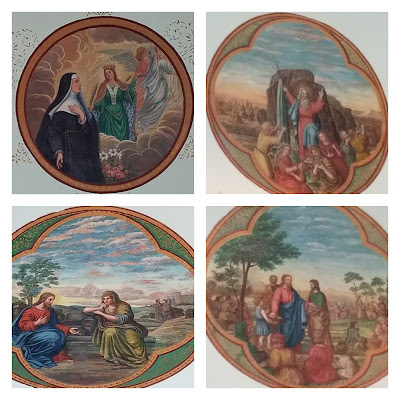 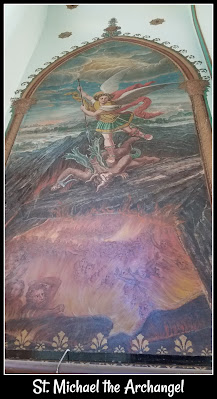 Even while the Mission prospered, the Indian people were suffering hard times.  The Indian people had thought that the treaty of 1855 assured their continued existence in the Bitter Root Valley.  However, by that treaty and subsequent presidential and congressional acts, all Indians living in the Bitter Root Valley were required to move to the Flathead Indian Reservation in the Jocko Valley area. 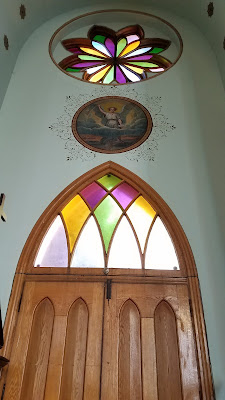 The present century has seen many changes in the Mission at St. Ignatius.  The cutting of federal funds, and later, the end of financial help from the Catholic Indian Bureau, led to the eventual closing of the schools.  Three disastrous fires in less than 30 years also contributed to the changes.  After the last fire, Villa Ursula was built, and the Ursuline Sisters continued to provide education at the Mission until the school's closing in 1972.

*all of the above information was drawn from the St. Ignatius Mission booklet 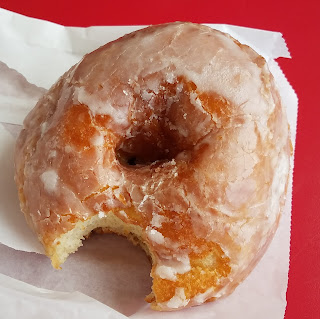 On our way home from the Mission, we stopped at the Windmill Village Bakery.  Set back from the road along a two-lane highway, it would be easily missed.  I seem to remember reading about it on a list of "must-visit" Montana locations, so we were actually on the look-out for it.  The Bakery was worthy of its reputation.  From the moment you enter, your nose is tantalized by the addicting aroma of donuts.  We met one of the owners, Nancy.  Her mom originally owned a bakery in nearby Thompson Falls, and Nancy still uses her donut recipe.  So, now we make a point to stop there anytime we are passing (which might only be twice a year).  We were quite disappointed when, as we were returning from our road trip to Idaho Falls, the Bakery was not open.  Hopefully, when we help #1 Son make his move to Idaho Falls in the New Year, we can satisfy our craving.  We'll be on a mission! 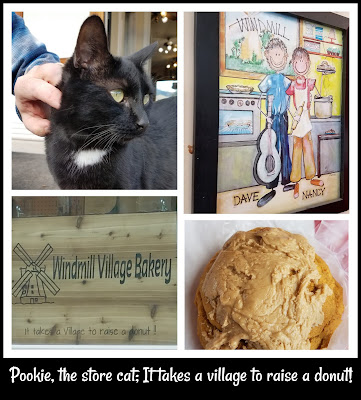 ** I will be slow in commenting this week but I will visit you.

Also, I will be taking a break for 1 week - there will be no Mosaic Monday on October 17.  Come back on October 24!