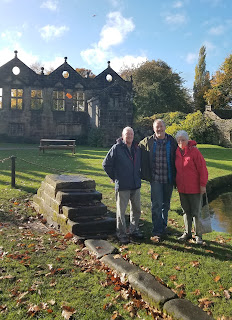 Have you enjoyed the posts about our trip to the UK in October/November?  Good, 'cause there's more!

Along with my in-laws, we drove south to Keighley, with an initial destination of East Riddlesden Hall.  Nestled against a duck pond, it is a picturesque 17th-century mansion built on the foundations of an earlier medieval hall house.  The main part of the medieval house was rebuilt around 1630, with further remodeling in 1648 and again in 1692 when a new wing, now ruined, was added to the earlier structure.

We have toured scores of historic homes while living in and visiting the UK, and yet we still learn fascinating facts (and maybe a few fictions, too).  East Riddlesden was staffed by knowledgeable docents, and in one of the rooms, the volunteer pointed out the plasterwork on the ceiling.  She went on to tell us that "back in the day", plasterers used stale beer (the main form of beverage as water was unsanitary) to "stick" plaster artwork to ceilings.  A workman who imbibed his own product might have been tipsy, hence the use of the word "plastered" to describe a person who is inebriated.  I LOVE that! 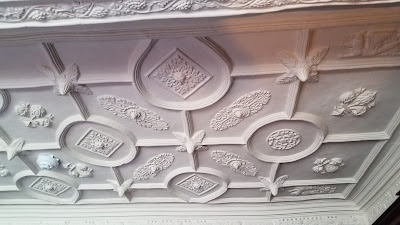 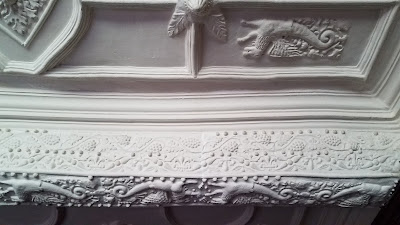 Interesting features of the house include well-restored living accommodations on two floors, two Yorkshire Rose windows, a walled garden, and the ruined Starkie wing.  (Edmund Starkie built a large extension to the Hall in 1692.  The architecture is more Classical than the older part of the Hall.  Unfortunately, most of the wing had become dangerous and was demolished in the early 20th century, leaving only the north facade.) 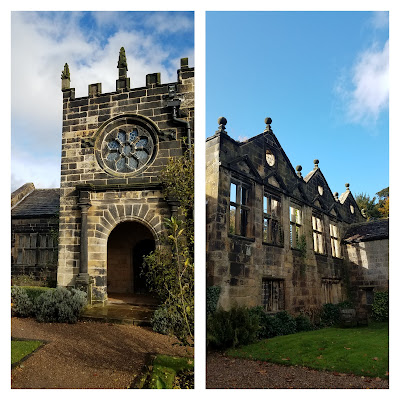 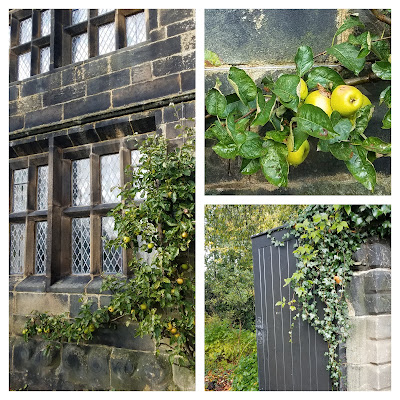 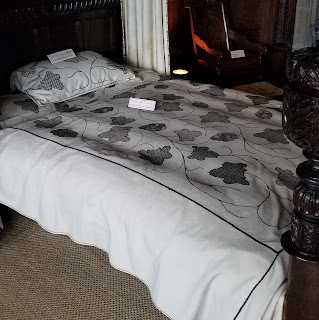 In one of the bedrooms, I spotted this bedspread and was immediately intrigued.  I discovered Spanish Blackwork!  The story goes that Catherine of Aragon and her maids brought the art of Blackwork to England when she married Henry VIII.  In the same room, they had scaled-up examples of Blackwork.  As you can see in the mosaics below, the patterns are worked just like cross-stitch, with a variety of stitches and back-stitches. 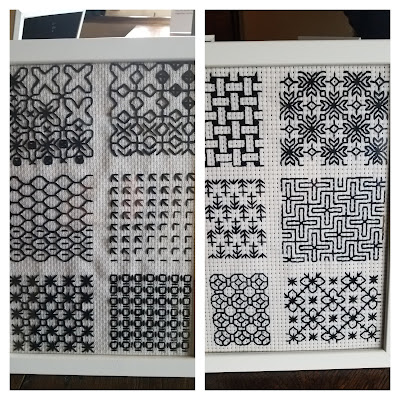 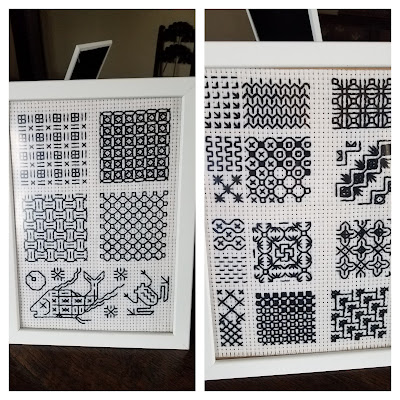 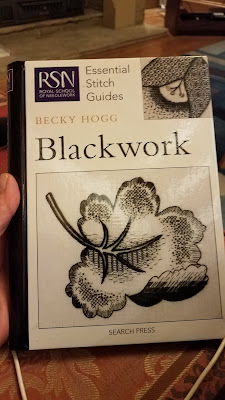 I was delighted to discover that the gift shop had a book on the subject.  Upon reading it, I have learned that Blackwork typically involves people creating their own designs - different stitches and thread thickness can result in some elaborate creations - that will be a new adventure for me!

East Riddlesden was used as a filming location for the 1992 film Emily Bronte's Wuthering Heights.  It's not hard to see why. 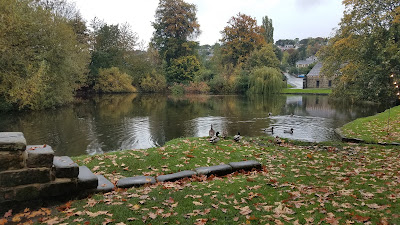 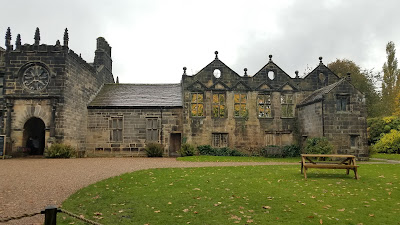