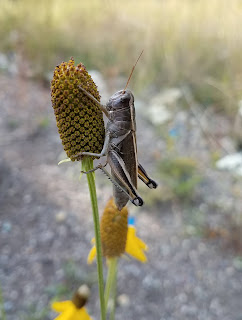 And here we are; only three months of 2021 remain!  I was "playing" in my garden today, and I noticed the grasshoppers were moving slowly this morning.  The frosty overnight temperatures make them sluggish, and soon enough will bring on their demise.  Later in the day, I observed a massive ant hill while watering some aspens - the ants were almost frantic in their activity.  It brings to mind the fable of the Grasshopper and the Ant.  I have written about this before (September 1, 2017).  Do you feel an affinity for one or the other?

I suspect this Garter Snake, sunning itself on the gravel of the driveway on September 2, has since begun brumation (the reptile equivalent of hibernation).  These snakes will migrate long distances to brumate in large communal sites called hibernacula. 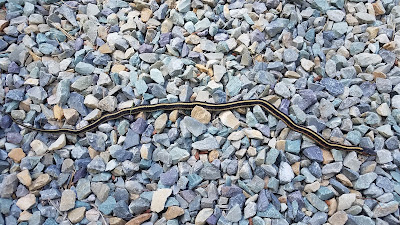 That same day, I approached the garage for my gardening gloves, and was greeted by this Red Squirrel on the step.  It held something in its paws, and appeared to be turning it over and eating it.  See the video below.
As it ran off, it left the "foodstuff" on the step - it was a rock!  One source on the Web claims this is how they sharpen their teeth! 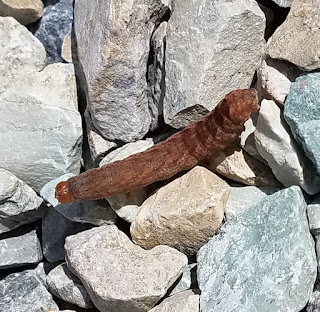 Early in the month, I was also fascinated to witness this caterpillar crossing the driveway.  It was leathery in appearance.  Can anyone identify it?

After a fairly successful summer of protecting the garden from nibblers, suddenly two Cottontails began wreaking havoc in September.  Also, two young Whitetail Deer, without a mom to accompany them, seem to believe my Strawberry plants, Columbines and Sand Cherries are their personal buffet!  The motion-activated sprinklers don't seem to pick up their slow-moving, small forms.  Good thing it is the end of the season and I am not quite as manic about protecting everything! 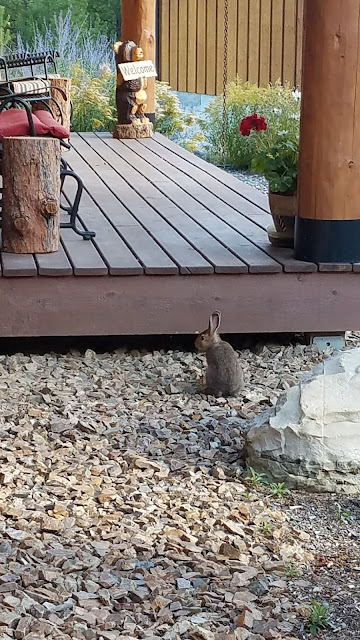 But I can still be seen dashing out of the house, whooping and hollering to chase them away!

Over the space of four weeks, most of the bushes put on their colored coats.  Below, the Golden Currant is in the transition. 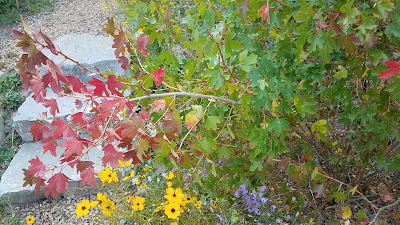 Rocky Mountain Bee Plant has been part of my garden since I discovered it growing naturally on our leach field the very first summer (see 9/13/2020 post).  In the picture below, a third of these plants were sown by me; the rest were the result of natural propagation from a specimen that grew here last summer! 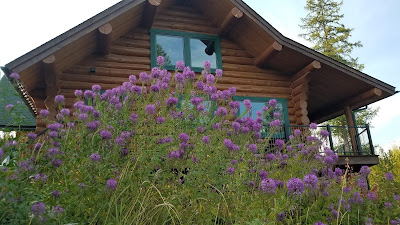 Frosty mornings and cool evenings put me in the mood for soup. 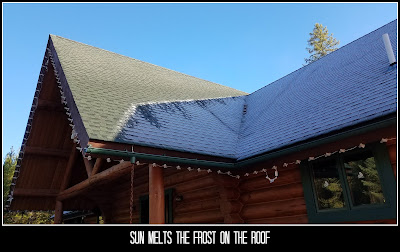 Thanks to Jan at Low Carb Diabetic for this root vegetable soup recipe.  It was hearty and flavorful! 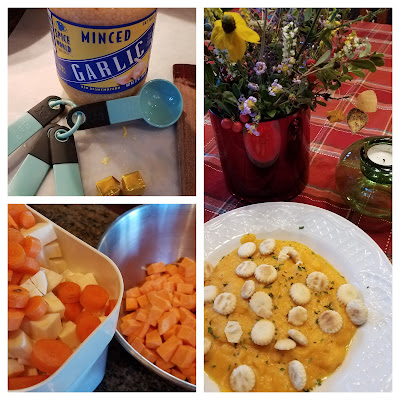 While snakes and many other creatures become less active with the advent of Autumn, bears eat and drink nearly nonstop.  They need to put on weight to prepare for winter and hibernation.  This process is called hyperphagia.  In our neighborhood, a small Black Bear has been seen quite frequently. 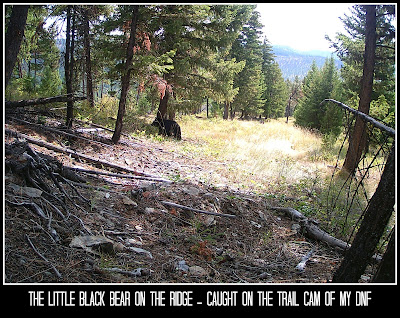 One evening, we were getting ready to have dinner on the deck, and I looked over the railing, only to see the little Black Bear gazing up at me.  He was no more than 25 feet from me!  He turned and ambled into the woods while I scrambled inside to get Spousal Unit and #1 Son.  By the time they came out, the bear was weaving in and out of the trees beyond the firepit.  Check out this video!!!

Did you know a group of turkeys is called a rafter?  On the way home from town the other day, I came upon at least 20 turkeys.  If I stayed a little longer, would all of them ended up perched on the fence? 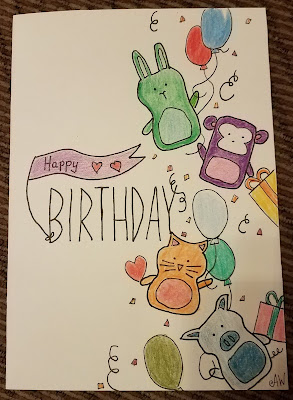 I had the opportunity this month to make two hand-drawn birthday cards, one for a former work colleague in Arizona, and the other for one of my sisters.  I get a little thrill and considerable satisfaction from finding and executing these fun greeting cards! 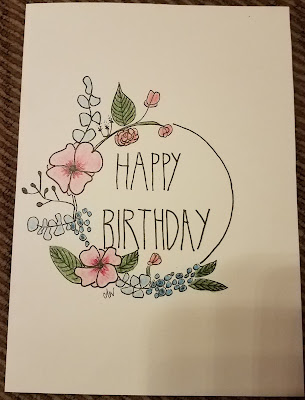 I will eat anything with capers, so this recipe for Lemon Caper Pork Medallions caught my eye.  The boys in the house declared it a keeper.  And it was a straightforward and quick recipe, even for me! 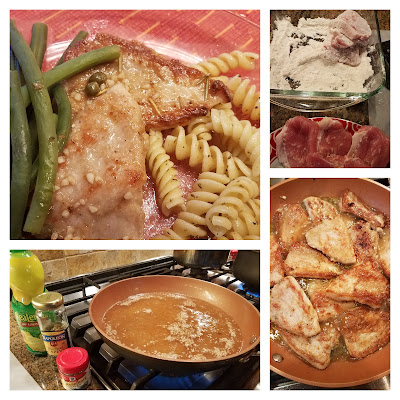 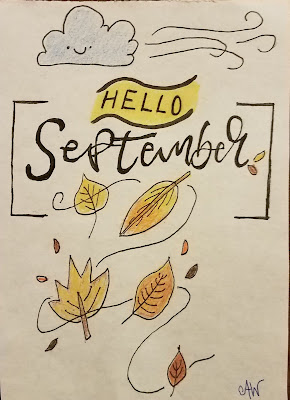 It has been a good month, but I am still in a little bit of shock that October has arrived.  I am little sad to look out the window and realize that many of the aspens are already devoid of leaves.  Wouldn't it be nice sometimes if we could simply re-wind the clock?