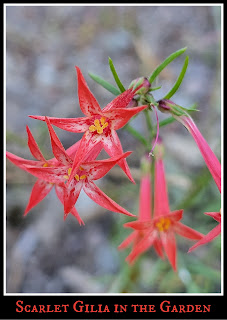 Snow whirled around the house today, a never-ending merry waltz of snowflakes, evoking thoughts of the Nutcracker and the approaching holiday season.  But before I start listening to Christmas music and decking the halls, I felt called to pay final homage to a glorious Autumn in Montana.  Day after day of blue skies and temperatures in the high 60s - we didn't want it to end!
One day I was vacuuming the lower level when something outside the French doors drew my attention.  A Ruffed Grouse, perched on top of the cage protecting the Honeycrisp apple tree.  A closer look revealed five Grouse, stalking unseen insects and other delectables.  Surprisingly, I was able to open the door and snap some shots.  According to Audubon, Ruffed Grouse are "our most widespread and familiar grouse, found in woodlands from Alaska to Georgia.  Feeds mostly on plant material." 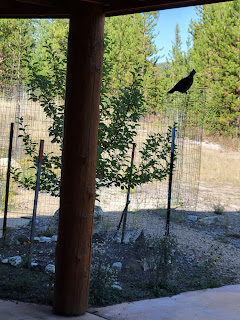 Speaking of the Honeycrisp, it produced apples this summer, the first time in the five years it has been in the garden.  My July 5, 2018 post tells the story of our two apple trees; the Goodland is necessary to pollinate the Honeycrisp, and yet the Goodland did not deliver any fruit this year.  (Head Chef made a pie from Goodland apples in 2018, as documented in this September 29, 2018 post.  It also produced in 2019.) 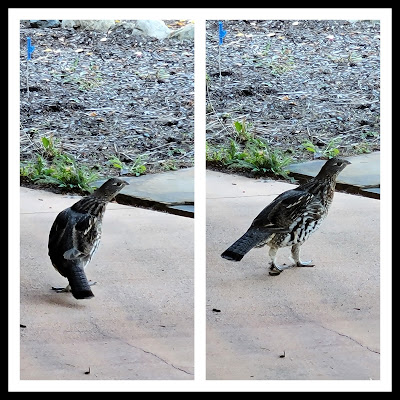 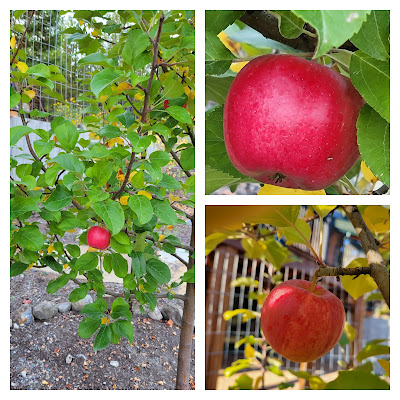 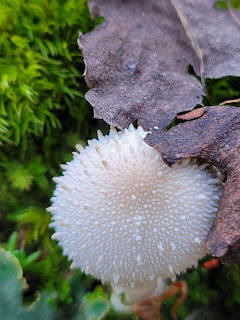 Hiking in Autumn may not yield many flowers; it is an opportunity to look more intimately at the forest floor, the trees, the moss and the lichen.  I was honored to hike with a former neighbor and Dear Neighbor Friend, fellow conspirators when it comes to observing the more delicate parts of our ecosystem. 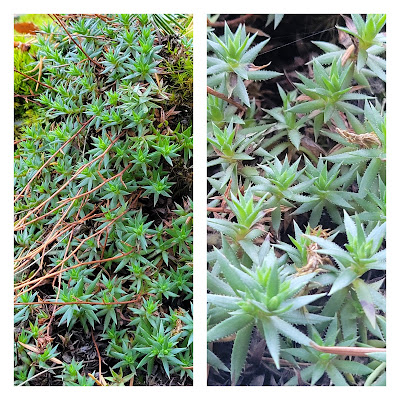 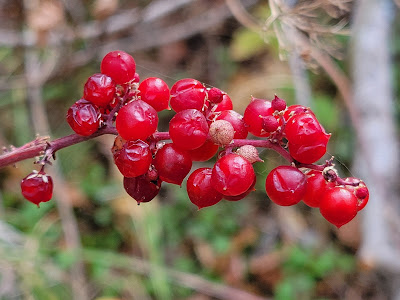 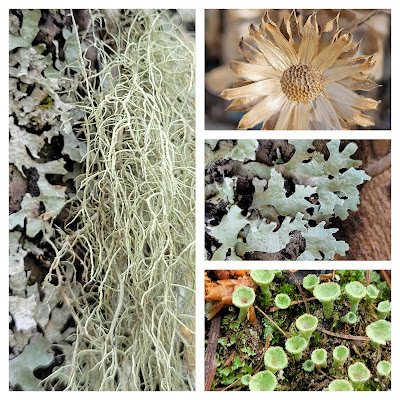 The lake below our property glistens with a Zamboni surface that deceptively calls for Charlie Brown and his buddies to skate figure eights to the Vince Guaraldi tune. (The ice might hold Woodstock but not much more.)  Hard to believe that four weeks ago we were planting seeds at the two entrances to our neighborhood. 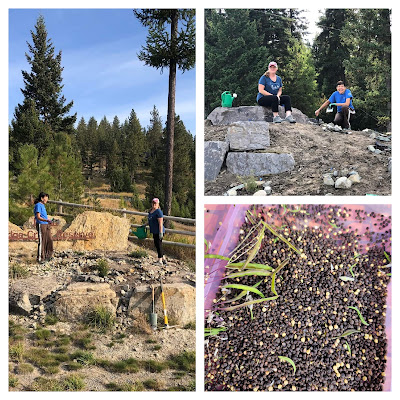 The moon was spectacular in October; I wish my talent for capturing it could measure up! 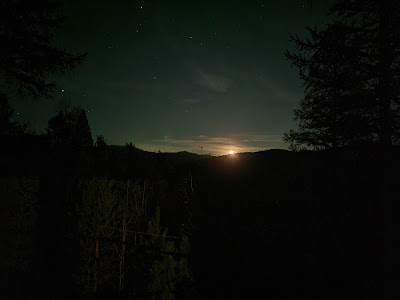 The shifting arc of the sun, a dipping thermometer and a little precipitation began to paint the landscape with the gold of aspens and larches.  Spores waiting in the soil erupted overnight into mushrooms. 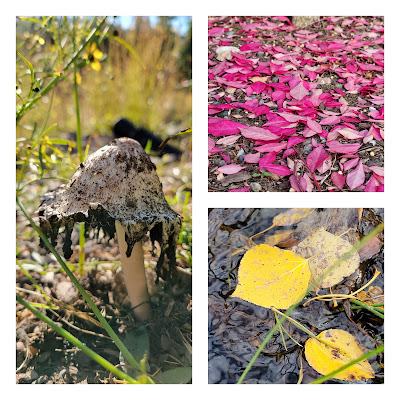 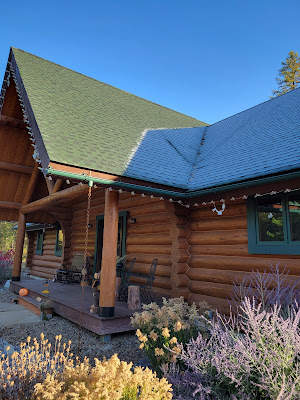 By mid-October, Jack Frost added his diamonds to the palette.  And the Sun would come along and rub it out like a giant eraser in the sky.
Later the same day as this photo, we boarded the first of several planes that would take us to the UK.  As the sun set beyond the wing, we bade farewell to home and to Autumn. 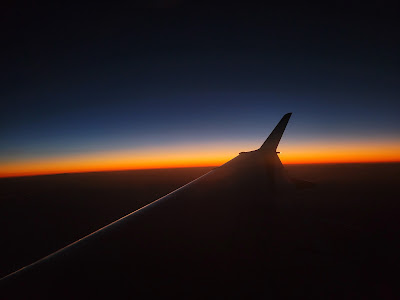 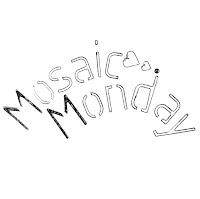