I know you all have been waiting (with bated breath) for the Day 7 segment.  Sorry to keep you in such suspense!  We arrived on time mid-afternoon on Wednesday, and the remainder of the day was quickly consumed with logistics.  So, it wasn’t until Thursday morning that Spousal Unit was able to engage in negotiation with the cable company for service (I could do a whole segment on the joys of dealing with these folks, but no one wants to hear the whining).  And just now, we have service and I have been able to post! 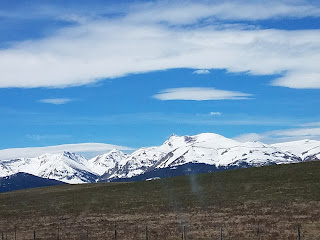 As you can see from the picture at left, the drive from Cut Bank, Montana to Whitefish, Montana is stunning, especially at this time of year.  With the snow on the mountains, they stand out in sharp contrast with the prairie.  At times, the white peaks fan out 180 degrees in front of you.  At least with my current photography skills, there is not a way to capture the beauty with justice. 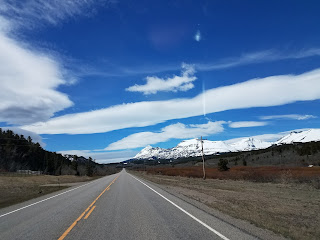 As I previously mentioned, Lewis and Clark passed this way, and Highway 2 periodically features signposts of the intrepid explorers.  At times, these signposts correspond with another sign: “Historic Marker, ½ mile”.  It is one of my great regrets of this trip that I did not have the opportunity to stop at these markers and learn more about history; I was very reluctant to prolong the trip for the cats.  Nevertheless, I have been able to glean some information about these markers from the almighty World Wide Web after the fact. 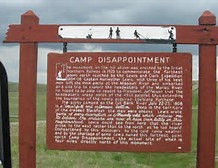 In Cut Bank, Camp Disappointment was the northernmost point reached by Lewis on his Marias River exploration. (I am not clear on how it got the moniker, but I have some clues based on how it looks today.)


Battle of the Bears Paw Mountains: 800 Nez Perce Indians attempted to journey across the Montana Territory on the way to Canada, as a result of disputes over a treaty regarding a reservation.  Their march to freedom was blocked, and the survivors surrendered after this battle.


Blackfeet Indians: the Blackfeet are the largest tribal group in the state, with over 15,000 enrolled members.  Folklore has it that the name is derived from the typical black color of their moccasins.  The Blackfeet Reservation covers 1.5 million acres and is bordered by Canada on the north and by Glacier National Park on the west.   The tribe engages in tourism, grain farming, ranching, oil and gas development, wind generation and timber harvesting. 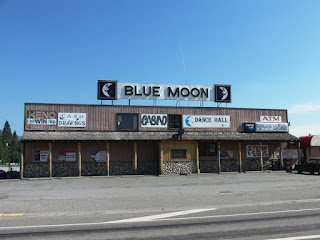 Before I knew it, Highway 2 was skirting the southern edge of Glacier National Park, and the two-lane wound tightly along the Middle Fork of the Flathead River.  Let me tell you – it looked high, fast and cold!  Definitely an outcome of a snowpack that is triple a normal winter, and a spring that has been wet by historical standards.  Once I reached West Glacier, everything was familiar and like coming home.  Hungry Horse and the Huckleberry Patch, Columbia Falls with Big Sky Water Park, the Blue Moon Saloon with western dancing lessons on Wednesday night.

Finally, we arrived at the town house, home for the next 9 months or so.  The menagerie was glad to unpack the cars (completely) and get settled in.  At least, when we weren’t too busy looking at the view from the master bedroom! 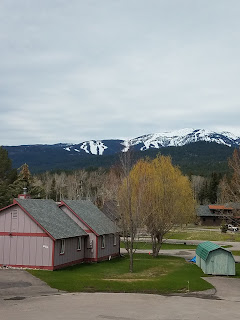