Mosaic Monday#152: The Land of Enchantment 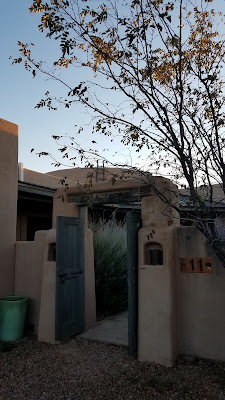 Imagine magical, rose-colored deserts, populated only by the creosote bush, mesquite and cacti.  Petroglyphs and the remains of ancient cliff dwellings that barely hint at life as it was in the 1400s.  Enchiladas smothered with an equal portion of red and green sauces.  Modern adobe houses tucked discretely into the landscape.  Layers upon layers of history, like paint on the living room wall.  Somebody decided that new shade was better, but was it?  Our recent trip to New Mexico was a stark reminder of the complexities of "land" in the United States.  Who does it belong to?  In this case - Nature?  Native Americans?  The Mexicans?  The U.S?

We may not be able to unwind historical events, but we can certainly educate ourselves, respect the cultures that came first, and hopefully learn from the past.  We made a valiant effort to do just that!  It may take a few posts to show you all of our adventures, but I know you will join us for the journey.  In the space of a week, each one of our party left a little corner of our hearts in New Mexico, for different reasons. 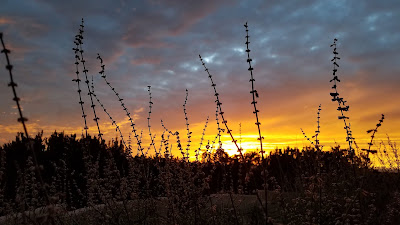 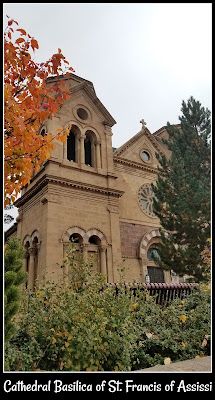 They call New Mexico the Land of Enchantment because visitors become enraptured with its culture, architecture, scenery and cuisine.  This is not some recent gimmick, either.  Lilian Whiting first noted the phrase in the title of her book on New Mexico in 1906.  In 1935, New Mexico's tourist bureau described the state as the "Land of Enchantment" in one of its brochures in an effort to attract visitors to the area.  In 1941, the legend was added to license plates and came into common usage soon thereafter.  Some 80 years later, I think the marketing campaign worked!

On our first day in Santa Fe, we visited a few of the popular tourist sites before attending Mass at the Cathedral.  The Loretto Chapel, the first Gothic building west of the Mississippi, was patterned after Sainte Chapelle in Paris, and built between 1873 and 1878 at the request of Archbishop Jean Baptiste Lamy.  The Chapel is best known for its choir loft staircase, called miraculous due to its two complete spirals without center or side supports (defying engineering logic) and due to the legend of its construction. 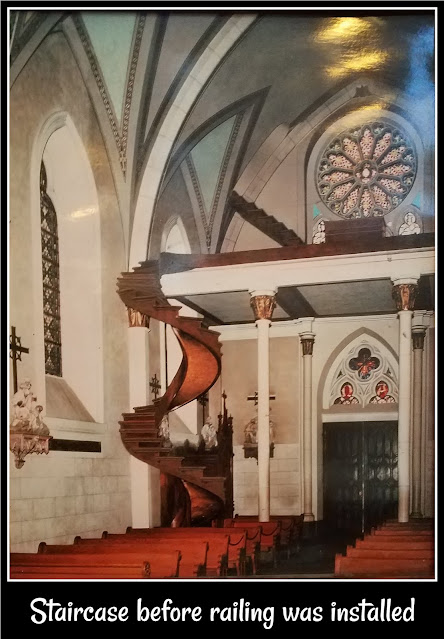 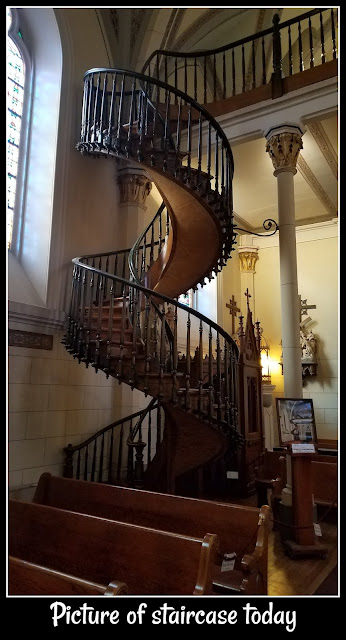 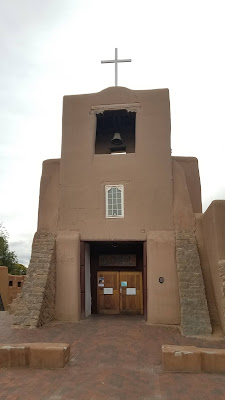 We also stopped by San Miguel Church, the oldest church structure in the USA.  The original adobe walls and altar were built by Tlaxcalan Indians from Mexico under the direction of Franciscan Padres, circa 1610.  Then it was back to the rental house to watch the Cleveland Browns versus the Chargers.  Not the desired outcome Browns 42, Chargers 47, but it was a heck of an entertaining game!

Afterwards, #1 Daughter and I went for a walk - such a precious time! 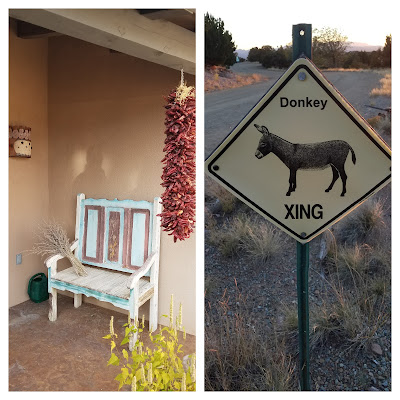 Watch this space for future posts about the rest of our visit!